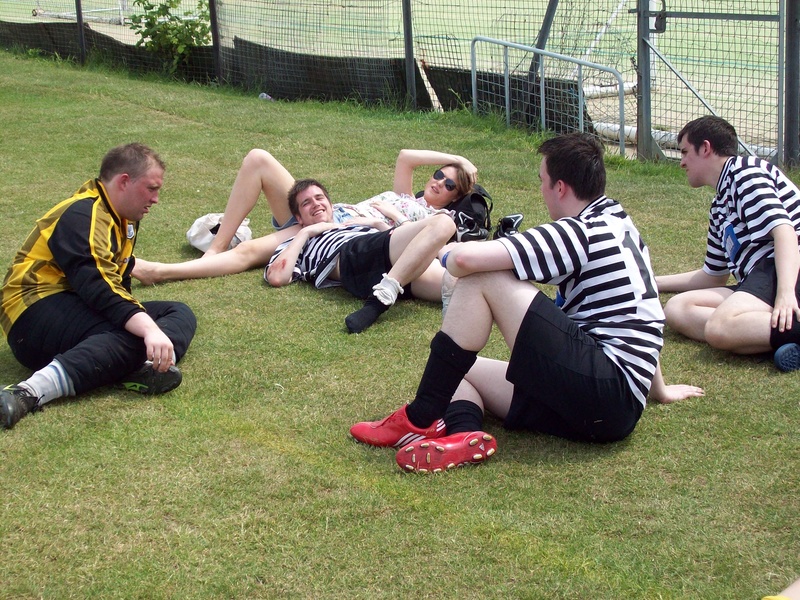 Leyton Orient's Chaos Cup took place the weekend after our own Sixes and we managed to get a squad of five to travel to London.

For the first time in many a year some of the squad travelled by bus and the journey took a long, long time before they finally found the Birkbeck on Friday night.

Despite the lateness of the arrival the team made the most of the bar time available and then headed to Sean's for some sleep.

The tournament took place at the Douglas Eyre Sports Centre in Walthamstow and we were drawn in a group with Southend, Birmingham and TFC Dynamo.

As Ormond Saints were also at the tournament, Willie Fernie volunteered to go in goals for us and made up the team of Paul Joyce, Danny McFarlane, Robert Shimmons, Sean Connolly and Calum Colquhoun.

Unfortunately Birmingham failed to turn up so we only had to play two group games and lost them both, 2-0 to Southend and 3-0 to TFC Dynamo.

Into the Plate we went and a last minute goal from Paul saw us gain a 1-0 victory over Orientear which put us into the Semi Finals.

Another Orient team, LOFT, were our opponents and the game again ended 1-0 but this time in the local team's favour.

Back to the Birkbeck for the presentations and then a karaoke into the wee small hours before a Sunday spent sight seeing in London.

An enjoyable weekend and a big thanks to Sean and his parents for the hospitality.

[More photos in the Photo Gallery]